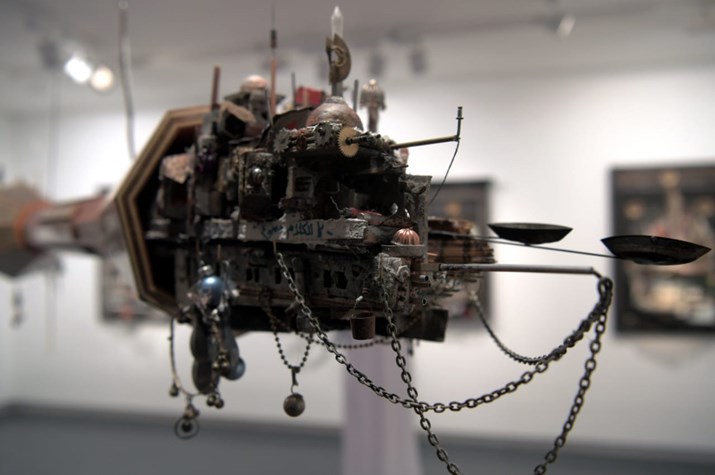 The 22nd instalment of the Sharjah Islamic Arts Festival kicks off today, bringing more than 250 activities, including workshops, exhibitions and lectures to the emirate.

Organised by the Sharjah Department of Culture under the patronage of the emirate's Ruler, Sheikh Dr Sultan bin Muhammad Al Qasimi, this year’s festival will be held under the theme of ‘Prospect’ and will run until Tuesday, January 21.

There will be more than 50 exhibitions on show throughout the emirate, including the Sharjah Art Museum, Al Majaz Waterfront, and Maraya Art Centre, presenting the works of local, regional and international artists.

Among the artists will be Sinta Tantra, a British artist of Balinese descent, known for her large-scale public artworks. She has previously described her works as “painting on an architectural scale". Her exhibition, titled Horizon to Horizon, will be presented at Al Majaz Waterfront.

Egyptian artist Ahmed Karaly will also be presenting his work Evolving Building at the same venue.

Karaly used various material including basalt, iron and alabaster to sculpt figures, portraits, animals and insects. Most recently he worked on a series called Gates, which drew inspiration from oriental art.

Karaly will also present work alongside Chinese artist Li Hongbo, who is known for his lifelike sculptures made of paper and glue.

Other artists exhibiting works at the festival include Russian 3D artist Shozy, American artist Mary Wagner, who is known for her circular drawing that look like gears, and Syrian exile artist Mohamad Hafez, whose works depict his native Damascus in miniature.