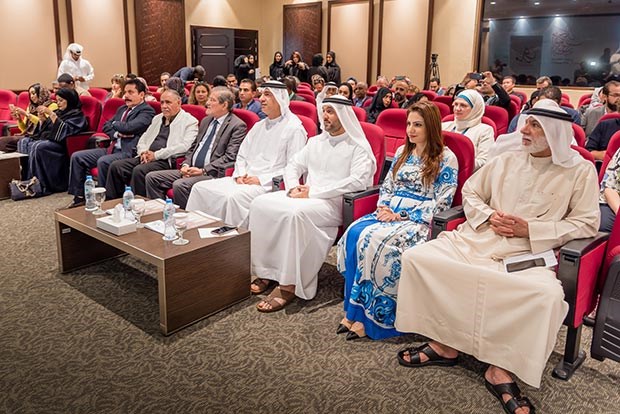 Under the patronage of His Highness Sheikh Dr. Sultan Bin Mohammed Al Qasimi, member of the Supreme Council and Ruler of Sharjah, the Cultural Affairs Department at the Sharjah Department of Culture has organised the 22nd edition of the Sharjah Islamic Arts Festival. The Festival will commence on December 11, 2019, and will run until January 21, 2020. The new edition's theme, Prospect serves as a concept to unite artists and art enthusiasts together.

Director of the Department of Cultural Affairs, Mohammed Al Qaseer said, "The journey of Islamic Arts Festival began twenty-two years ago, and it has since accumulated artistic and cultural legacy over more than two decades. It created an international artistic identity and a viable position in the fine arts scene. The Islamic Arts Festival draws upon different historical and aesthetic cores, where it reveals the enigmas of Islamic art by gathering the renowned international artists, as well as providing the platform for it to grow, highlighting both new and old forms of Islamic art.

The 22nd edition of SIAF, which starts on Wednesday, follows the path that was founded by His Highness, Ruler of Sharjah, may God protect him. Based on his beliefs in the significance of preserving art and culture, and His Highness's urge to continue to pursue the vision of the Emirates integrated cultural and enlightenment project."

He also added, "In this edition, we are in the presence of Prospect, the concept that was chosen after many attempts to create a new slogan. Prospect is a scope open to infinity. It prompts contemplation and venturing a journey towards visual realms that exist beyond the limits of space. It is admiring a beauty while being blindfolded. It is the practice of imagination that can invoke the absent beautiful and undiscovered realms."

The 22nd edition of the SIAF will present 253 activities in the form of exhibitions, lectures, and workshops. More than 28 organisations assisted in the coordination of the festival projects. There will be 55 exhibitions at the Sharjah Art Museum, Al Majaz Waterfront, Maraya Art Centre, and among other locations in the emirate. The exhibitions will be presenting works by artists from the United Arab Emirates, neighbouring Arab countries, and other countries from around the world. The festival will also arrange for a dialogue between the artists and the audience, during which the artists will discuss the experiences that encouraged them to create contemporary visual art.

In two days SIAF will launch and will include 253 activities in the form of exhibitions, lectures, and workshops, in collaboration with more than 28 organisations in Sharjah; including, Maraya Art Centre, Al Qasba, College of Fine Arts and Design at the University of Sharjah, Sharjah Calligraphy Museum, Calligraphers' Studios, Emirates Arabic Calligraphy and Islamic Ornamentation Association, Sharjah Islamic Affairs, as well as many other official entities.

55 exhibitions at the Sharjah Art Museum, Al Majaz Waterfront, and Al Majaz Amphitheatre, among other locations in the Emirate, prove once again that SIAF is an incredible melting pot of inspiring art.

This edition includes 108 artists from 31 countries, from the United Arab Emirates, Kingdom of Saudi Arabia, Egypt, and neighbouring Arab countries, as well as Columbia, Italy, the United Kingdom, and Argentina. For the first time, Belarus and Australia artists are participating as well. The exhibitions will be presenting 241 artworks, and 160 workshops in Al Aseel, Kufi, Naskh, Thuluth, and other calligraphy scripts. In addition to 15 artistic experimental documentaries, as well as two training sessions.